Fourth Biocat Forum, the yearly meeting of the sector

The 2011 Biocat Forum was held on 24 November, at the Barcelona Chamber of Commerce’s Llotja de Mar building, under the title The value of the cluster, bringing together a wide variety of representatives from the biotechnology, biomedicine and medical technology community in Catalonia, once again, to debate the challenges for the future of the sector. The 2011 edition had more than 450 attendees with significant institutional presence: the event opened with Secretary General for Health Coordination and Strategy Francesc Sancho and Secretary General for Universities and Research Antoni Castellà, and concluded with Catalan Minister of Enterprise and Employment Francesc Xavier Mena and Deputy Mayor for Economy, Enterprise and Employment Sònia Recasens.

The keynote speaker at the 2011 Forum was Sir Andrew Dillon, chief executive of the National Institute for Health & Clinical Excellence (NICE) in the United Kingdom. The reduced format of this forum —which was sponsored by Biokit with additional support from Almirall, Chubb/Medicorasse, Panreac, Sanofi/Genzyme and TFS— also included a roundtable on personalized medicine and a workshop on managing human resources, as well as the awards ceremony recognizing the best business plans under the 2011 edition of the BioEmprenedorXXI program, and concluded with a networking lunch. 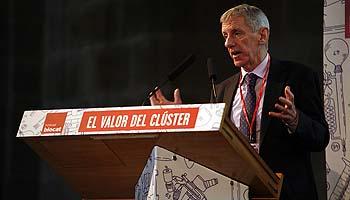 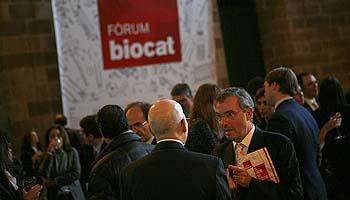 The Biocat Forum has, for the past four years, been the yearly meeting and networking event for stakeholders in the Catalan biocluster.