Biocat participates with other bioclusters and science and business bodies from various bioregions in a series of programs funded by the European Union that aim to boost networking and improve competitiveness. In 2011, the programs Biocat participated in were:

HealthTies, created to respond to the challenges and sustainability issues currently facing healthcare systems through innovation in medical technology, in which Biocat participates alongside the clusters Medical Delta (the Netherlands), Life Sciences Zurich (Switzerland), Oxford and Thames Valley (United Kingdom) and, as a mentoring region, Ëszak-Alföld (Hungary).

Bio-CT, created to promote transnational actions to improve the competitiveness of research in the regions involved and to facilitate the arrival of this research to the industrial phase. The project finished out 2011 with the creation of an Action Plan geared towards helping consolidate industrial projects in the promoting bioregions that, in addition to Biocat, included Genopole Paris, BioTOP Berlin, Innova Debrecen (Hungary) and Canavese Biopark (Piedmont, Italy).
In 2011 we have also worked to lay the foundation for the following two projects that will begin in 2012:

ETTBio (Effective Technology Transfer in Biotechnology): project under the Program for Territorial Cooperation in Southwest Europe (Sudoe). The project is expected to kick off in late April 2012.

bioXclusters: project to foster the internationalization of SMEs in three key markets for biotechnology, the United States, Brazil and China. The project is expected to kick off in March 2012.

Transbio: project to help improve, on a transnational level, the innovation ecosystem in biology and health, under the Program for Territorial Cooperation in Southwest Europe (Sudoe). It will kick off sometime in 2012. 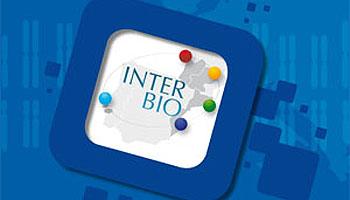 The regions that participate in this project are Bordeaux, Catalonia, Lisbon, Toulouse and Valencia.

The Interbio project aims to boost cooperation, technology transfer and transnational innovation in southwest Europe in the field of biotechnology and the life sciences.

The founding members and drivers of the project are, in addition to Biocat, the Paul Sabatier University of Toulouse (Midi-Pyrénées, France), which has led the initiative; the European Institute of Chemistry and Biology (Aquitania, France); the Institute of Technology for Chemistry and Biology (Lisbon, Portugal); and the Valencian Community Foundation for Urban Innovation and the Knowledge Economy (Valencia), although the project has generated a collaborative network of more than 200 members from some fifty organizations from the five participating bioclusters collected in the directory of the project.

In 2011, four scientific events promoted by the project were held in Lisbon (May and September), Bordeaux (June), and Valencia (November) and the white book on technology transfer was created and will be presented in 2012.