Second edition of the Biocat Report, the benchmark publication for the sector

On 26 October 2011, the 2011 Biocat Report. Portrait of a sector in motion was presented at a public event presided over by Catalan Minister of Economy and Knowledge Andreu Mas-Colell, with 150 representatives from all areas of the sector —companies, research centers, universities, hospitals and the public administration— and the media.

The second edition of the Biocat Report is a 264-page publication that includes an exhaustive analysis of the main indicators from consolidated research groups and companies in Catalonia’s biotech sector (obtained from the responses to our survey provided by 438 organizations), and a series of articles written by experts analyzing issues like the state of the global biomedical market (Martin Austin), Catalan science and technology parks (Pere Condom) and the problems facing Catalan biotechnology companies (CataloniaBIO). The 2011 Report, which was sponsored by Amgen, also includes an analytical article by Biocat CEO Montserrat Vendrell and an introductory letter from Minister Andreu Mas-Colell.

Among other data, the 2011 Biocat Report highlights that biomedicine continues to be the focus of the majority of research in the BioRegion (with 58% of companies working in red biotechnology and 45% in medical technology). The sector employs nearly 30,000 workers, half of which focus on R&D tasks, and has a yearly turnover of more than €15,000 millions.

In 2011, while the report was being drafted, we also began the first phase to implement a new database (CRM) to support the Directory of entities in the BioRegion (www.biocat.cat/en/directory). This public search engine allows users to access basic information in English (type of organization, main activities, lines of research, therapeutic areas, location, contact information, etc.) for 1,150 companies and organizations (December 2011). This basic information is complemented by that contained in the new Biocat database, which in this first phase includes the 438 organizations that responded to the survey for the report, but will be extended in upcoming campaigns in order to have a more in-depth analysis of the sector’s capacities. 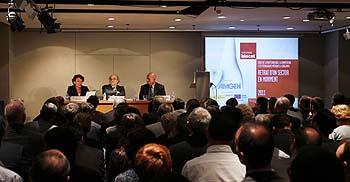 More than 150 professionals attended the presentation of the Biocat Report, in October 2011 (Photos: Sergi Cámara). 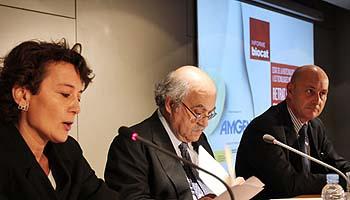 Montserrat Vendrell, Andreu Mas-Colell and Jordi Martí at the presentation of the 2011 Biocat Report. 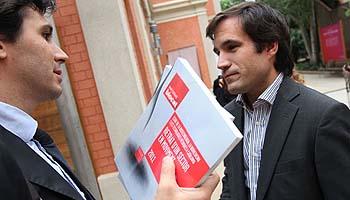 This is the benchmark report on the state of biotechnology, biomedicine and medical technology in Catalonia.